Home | Contact Us | Become a Member | Member Login
Back to top

At the PJVA Annual General Meeting in September 2016, Rein Evelein was recognized as PJVA's 2016 Lifetime Member.

Rein has been a member of the PJVA for 16 years and joint venture professional for over 20 years. He is an Engineering graduate from UofC. He began his career with facilities construction and business development roles with British Petroleum Canada. He most recently worked with EnCana (formerly known as PanCanadian Energy Corp.) for many years and is now currently at Jupiter Resources where he is succession planning in a JV Rep. consulting role. In 2007, Rein joined the PJVA Board of Directors co-ordinating the monthly Luncheon speakers for 3 years. Following that, he remained on the Board but shifted roles to be Social Director for 2 more years. He has been involved in several task forces and committees throughout his time in the PJVA. His most recent achievements were as part of the Pad Site Sharing Agreement Task Force and creating the Facilities 101 Course which will have its first classes held in Q1/2017. Rein continues to support joint venture relations and initiatives as a mentor for many PJVA members throughout the Calgary Oil and Gas Sector. He has been a strong advocate of PJVA's Education Program through EMS sessions, Luncheons, as an Instructor for the PJVA Analyst course and has also been a panel speaker for the joint PJVA/GPAC Annual Conference in previous years.

In his spare time he enjoys travelling and golf. Most recently, he spent some time abroad in South Africa on a golf trip.
At the PJVA Annual General Meeting in September 2015, Pat Forrest was recognized as PJVA's 2015 Lifetime Member.

Pat Forrest worked for thirty years as an engineer in the oil and gas industry before retiring to Nanaimo BC with her husband Tom in February 2011. The early years of her career were primarily in production and operation roles with Suncor and Pembina Resources, while the latter years were spent in joint venture engineering related activities. In 1997, Pat focused on providing Joint Venture engineering expertise and solutions on a consulting and contract basis through her company NCR Management Ltd. Her work in this area provided ample opportunity to apply her knowledge and skills gained by completing the Certificate Program in Conflict Management through the Alberta Arbitration and Mediation Society (AAMS). Pat mediated for 5 years for the Provincial Court Civil Claims Mediation Program and for Community Mediation Calgary Society. She served as a director for the Community Mediation Calgary Society for 3 years. In 2005, she joined Gas Processing Management Inc. (GPMi) as a partner and continued to deliver joint venture solutions to her many clients.

Pat is a Past President of PJVA and was a member for 25 years. She was part of the group who founded and presented at the original Early Morning Sessions. She participated in the Oil and Gas Industry's Company to Company (C2C) Appropriate Dispute Resolution Task Force and was Chair of the Communications and Education subcommittee for this Task Force. As a result of this task force, she helped create and coordinate the ADR portion of Joint Venture Analyst III course through MRU. Pat helped teach several courses for PJVA including the CO&O course and JP-05. She also provided input on many industry agreements as they were drafted and revised.
At the PJVA Annual General Meeting in September 2014, Doug Phillips and Rick Steffensen were recognized as PJVA's 2014 Lifetime Members.

Rick is a highly respected & trusted Joint Venture specialist in the industry. He has a high level of integrity and always strives to improve commercial relations with whomever he’s working closely with through JV partnerships. He’s always been in a great Mentor to many of his JV peers throughout the years and has a real passion for joint ventures.

Former graduate of the University of Saskatchewan. Served on the PJVA Board for 4 years (2007-2011), then moved to the Golf Committee for 3 years.

Rick’s career have included employment with:
At the PJVA Annual General Meeting in September 2013, Jan McLean was recognized as PJVA's 2013 Lifetime Member. 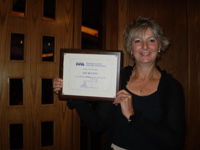 Jan graduated in 1979 from the University of Calgary with a degree in mechanical engineering with the petroleum industry in her blood. Her late father was a geologist, who she remembers as loving his profession. He taught her how to contour maps and reservoirs when she was in elementary school. Jan is married to an oil and gas measurement specialist, her son is employed in oilfield instrumentation and data acquisition, and her daughter provides data analysis for heavy oil marketing.

Jan started her career as an engineer for Amoco's Northern District Field office in Edmonton and subsequently worked in Amoco's Calgary office in the areas of production, facilities and reservoir engineering. In 1987 she quit working full time and began consulting on a part time basis, partly as a result of the recession but mostly to spend more time with her family. It was at this time that Jan probably started in her role as a Joint Interest specialist, as one of her early roles as a consultant was to "smooth over" strained relationships between engineers at different companies trying to arrange gas processing. She formally became a Joint Interest Representative in the late 1980's. She had been hired by Gulf Canada to write an application to the ERCB for the concurrent production of oil and gas in support of a unitization project. When the engineer in charge of the unitization quit, she was asked to and agreed to take on the unitization itself. The subsequent unitization of the Medicine River Pekisko "N" pool remains a highlight of her career and the subject of many stories and examples when Jan teaches unitization classes for the PJVA seminar series or at Mount Royal university. For the past twenty five years, Jan has provided Joint Venture services and leadership to large and small companies, on a staff and consulting basis for properties all over the province. At this point, Jan is semi-retired, working a only few days a week and taking several months off every year to travel and work in her garden.

Jan has been a member of the PJVA for as long as anyone can remember, certainly since 1999 when the PJVA started keeping records. In the past she has served on the committee to rewrite the model contract operating agreement and on the PJVA board of directors from 2004 to 2009 where she started the standing committee overseeing our model agreements and was instrumental in writing the online unitization course. She has also made presentations on behalf of the PJVA at the joint PJVA/GPAC conference and the Canadian School of Hydrocarbon Measurement. She is still active within the PJVA, teaching unitization and occasionally service agreements and serving on the committee overseeing Task Forces which is responsible for writing and maintaining model agreements and also on the committee rewriting the Construction Ownership and Operating Agreement. She is passionate about model agreements - their consistency, usability and keeping them up to date - and in passing on her experiences and knowledge of the petroleum industry in general and Joint Venture affairs specifically.

There are some other contributions to the Joint Venture community as well as her work on model agreements and education. The reason volunteers for the PJVA receive certificates to restaurants, spas or hardware stores is because, as the board member in charge of choosing the annual volunteer appreciation gift, Jan found the challenge of choosing a gift that would suit everyone just too difficult. She feels at least partly responsible (and often apologetic) for the current industry tie in process and agreement - which shares certain similarities, and was certainly developed at the same time, as the tie in process and agreement she worked on with various field superintendents, lawyers, facility engineers and Joint Venture professionals during her employment at ConocoPhillips and Burlington. Most of all, she hopes her most lasting contribution to you - the community of Petroleum Joint Venture specialists, will be her Joint Interest Mantra - "If it doesn't photocopy, it never happened", and its corollary - "If you can't find it to photocopy, it never happened either". 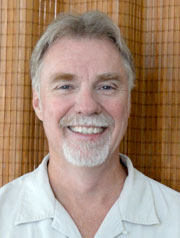 Born and raised in Ottawa, Ontario, Kevin attended Rideau High School and later the University of Western Ontario graduating with an Honours BSc. in geology in 1979.

Mr. Milner joined BP Resources Canada in 1979 as a development geologist, switching into Joint Ventures in 1987. He started BP's Joint Venture Agreements group in 1988, remaining as head of that group through the transition to Talisman Energy and until retiring in 2008.

He's an active participant in education, past and present, both as an instructor and in the development of model agreements and course materials. Currently Kevin is semi-retired, providing services related to JV agreements for a number of clients, and handyman services for the elderly.

Kevin was on the PJVA Board of Directors in 1995 and 1996 as the education director. His love of education transcended into volunteering in the following capacities: In addition, but in some instances on behalf of, PJVA: Previous Lifetime Member recipients: